Powering up in Onsted 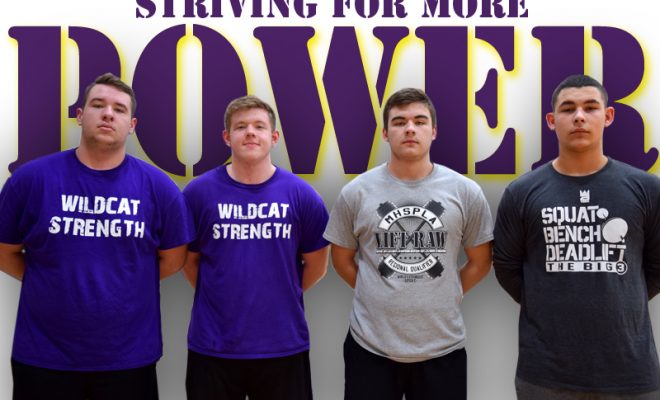 From left: Dylan Stevens, Hayden Moore, Rourke Barth and Alex Lopez of Onsted High School qualified for and participated in the state power lifting tournament recently, and each showed well. All four young men play football, among other sports, and believe the power lifting program will pay big dividends next fall.

While many weightlifters are simply trying to look good at the beach, power lifters are more concerned about total pounds, as in bench pressing pounds, squatting pounds and dead lifting pounds. The more pounds, the better.

In competitions, the total number of pounds cleared in three events combined gives the lifter their total score, meaning that a person strong at squatting also needs to work diligently on his dead lifting, or a person who excels in the bench press also needs to focus on his lower body strength.

The athletes get three cracks at each event, and their highest score is kept.

Training for power lifting is also different than working out to body build. While body builders focus much of their time on high repetitions with medium to low weights, power lifters need to mix it up, throwing high weights with low reps into the mix. They also may lift twice a day, doing lighter weights in the morning and heavier later in the day.

Alex Lopez competed at the JV level and took a fourth place medal out of 20 lifters, with a 1,080 pound total.

Dylan Stevens competed at the varsity level and had a personal best deadlift with a pull of 400 pounds.

Hayden Moore competed at the varsity level and hit personal bests in all three of his lifts – the squat, bench and deadlift – which put him at total of 1,075 pounds. 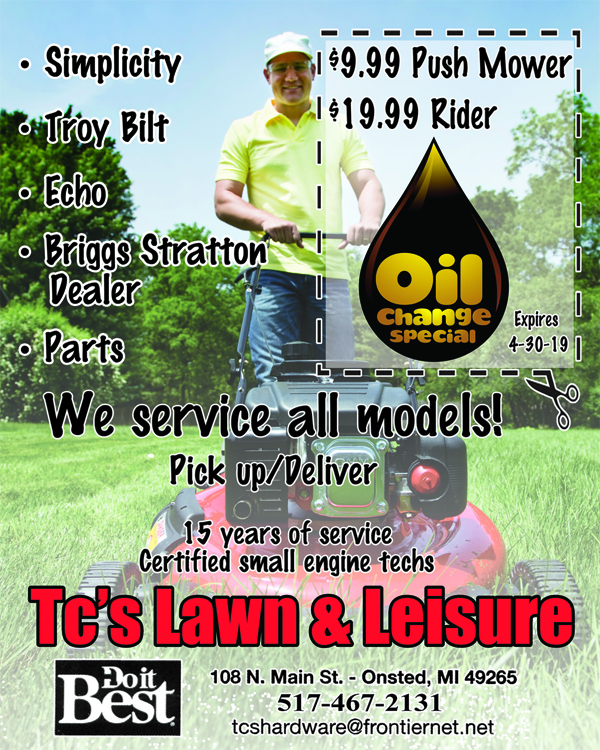 Rouke Barth also competed at the varsity level and medaled with a 7th place finish with a personal best total of 1,185 pounds.

Stevens, Moore, Barth and Lopez each say that their primary goal is to improve on the football field, but trainer Andrew Clute noted that it will benefit them in other ways as well.

Clute stressed that a primary focus with the program is safety.

“The first goal is to prevent injuries,” he said.

Clute, an Onsted native, said he learned about power lifting competitions in Michigan around two years ago, and was immediately interested. He asked everybody in his classes if they wanted to participate, and “these four were the ones who were interested and were able to stick with it.”

Clute added that the students are not attempting to lift weights they know that they could not do.

Will the program pay off on the football field? In all likelihood, yes.

But it is already paying off in the students’ lives. All four said they have seen great strength increases, just from participating in the Wildcat strength class.

“Everyone in here wants to work hard, so it is not like your normal gym class,” said Moore.

They also made it a point to thank Clute and Coach Dan Terryberry, showing not only physical strength, but a little strength in character as well. 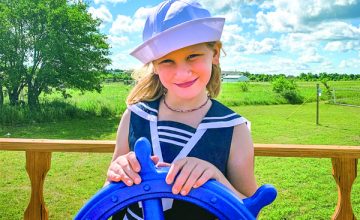