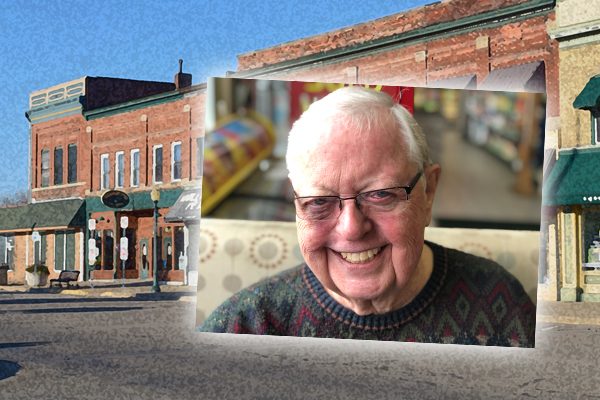 Since we are unable to get out and physically meet our neighbors right now, we are sharing a story of one neighbor that Mike Coughlin wrote earlier in the year. John Neely, shown in the photo above, is a living history book of our community. 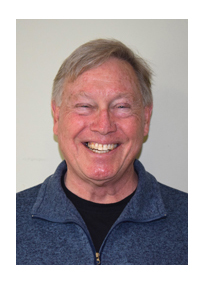 The first thing one notices about John Neely is that he is thoughtful. Quiet in his speech, almost reserved at times. But mostly thoughtful. He thinks before he talks. He lures you in – with serious, introspective conversation. Then, bam, that Irish humor leaps out of him, and it takes a second to realize what he’s done. How totally unprepared you are. And, partly in shock, you laugh. A lot. That’s the second thing you’ll notice about John. He is funny.

Brooklyn Roots – the village doctor, Dr. Cortlandt Schepeler, was called to the Neely home on Tiffany Street in the Village of Brooklyn to help deliver a baby. It was 1931 and John Neely entered the world, a home-birthed baby. He attended the Brooklyn school from Kindergarten through 12th grade at the old school by the Mill Pond on a site where the present elementary schools west side parking lot is located. It was a 2-story building, John recalls, with a gymnasium in the basement. It was torn down after WW II as the baby boom added to Brooklyn’s population and drove a need for larger school buildings.

One day, John muses, he and his best friend and neighbor on Tiffany Street got into a wee bit of mischief.

“There was an empty lot behind our home and our neighbor had planted an orchard of fruit trees on it,” John tells the story with a smile. “My neighbor friend had just bought a buckhorn cutter. What possessed us to do this I’ll never know, but if you drew the cutter up the fruit tree from the bottom, the tender bark would roll up. We found this very entertaining and did it to all the trees in the orchard. We got caught and my Dad made me spend the entire summer caring for the trees by weeding and dragging buckets of water out to them every day until the plants got healthy and survived.

“It was a long summer for us.”

A college education majoring in business with a minor in art followed at Olivet College. Then a passing comment from a professor would change John’s life forever.

“My art teacher once told me, ‘You can’t draw worth a damn, but you do have a spectacular sense of color,’” says John. “It’s a gift. It’s not something you can learn from a textbook.”

After graduation, this “spectacular sense of color” helped land John a job as a paint mixer at Magic Color, a prestigious custom paint company in Los Angeles. For the next seven years, John would be enjoying the warm weather of L.A.

The Family Business was originally called Frank Neely & Son Lumber Yard after John’s grandfather and father. It was the family business for generations and was first located on Sherman and Irwin Street down by the old train depot. John’s father managed the business while John pursued his career in the custom paint and paint color matching business in California. It was a very good career and all was going well until….

Tragedy struck. In 1956 John’s father’s worst fears came true – fire. The highly combustible materials at the old lumber yard ignited in a blaze that destroyed everything. It was said that the first firefighters on the scene were amazed to see that the entire complex was ablaze at once, indicating possible arson. While there were suspects and a possible Detroit connection to the fire, no arrests were made.

The lumber yard needed to be rebuilt from scratch. John’s father owned some land on the very edge of the small village, at Irwin and Main Street, and rebuilt there. But the family needed help so, far earlier then he had planned, John’s career in California came to an abrupt end. In late 1957 he headed home from the glamour of big city L.A. to small town Brooklyn to start working in the family business – the lumber yard – where he would stay for the next 43 years, until his retirement in the year 2000.

Lumber and Coal – Trains would bring the lumber and coal into the lumber yard on railcars where it was unloaded, stored and eventually sold to customers. When the trains pulled out of Brooklyn for good in the mid 60’s, trucks picked up the burden. A big part of the job was delivering the product to the customers, especially the coal. Some customers required the coal to be misted with water before it was delivered to the home to prevent dusting, while others didn’t want to pay the extra cost. John tells the story of when an order got mixed up.

“My mother’s cousin was an immaculate housekeeper,” John says. “She had a stoker furnace and stoker coal was more dusty then ordinary coal. One time we delivered coal to her home and we didn’t wet it down. I knew immediately when she walked thru the front door of the lumber yard what happened. Her entire home was covered in fine coal dust. We had to hire a company to go over and clean up the mess.”

Besides lumber and coal, the lumber yard sold paint products. John’s expertise in knowing paints and stains and his skill at mixing and precisely matching the colors that the customers desired came in handy.

“I’ve know John almost all my life,” says lifetime Brooklyn resident Tom Weaver, “and he’s a really good guy. As a kid he used to sing in the Presbyterian Church choir. Always a great person. And whenever I needed to paint something, he was the guy I went to. He was an expert on paint, stains, color matching and how and even when to paint something.”

A Love of History – John is known as being an expert on the history of the Brooklyn area, and it happened somewhat by accident.

“The Brooklyn area apparently slept thru the 125th anniversary of becoming a village,” John says. “One of the local women who was a housemother at Hillsdale wrote a scathing letter to The Brooklyn Exponent that the village fathers had slept thru the anniversary. So business leaders joined together and celebrated the 130th anniversary. It was decided to use some seed money left over from that anniversary celebration to write a book on the history of the Brooklyn area. I was ‘volunteered’ to help a fact-finding historian to meet and interview the right people in Brooklyn. I ended up being the front guy for the project. The historical book called ‘What’s Past is Prologue’ was the end result.”

From this adventure, and his natural love of history, John became the treasurer of the Brooklyn Area Historical Society. Much of what John has learned about the area history, however, has come from just listening – listening to friends and neighbors, listening to family members gathered around the dinner table in the evening – and listening as the books were written on the history of the area.

A successful businessman in the lumber, coal and paint markets, an expert in understanding the various hues of color and a recognized expert in the history of the Brooklyn area. His speech is tempered with both a sense of kindness and humility – and humor. Say “Hi” next time you see him having coffee with his buddies at Tim Horton’s. But you’d best pull up a chair, because John Neely is a man with lots of memories, lots of stories to tell – and a lot of laughter to share.

Do you have a neighbor, friend or relative you would like to see featured in Meet Your Neighbor by Mike Coughlin? Email him at Miwico205@gmail.com. 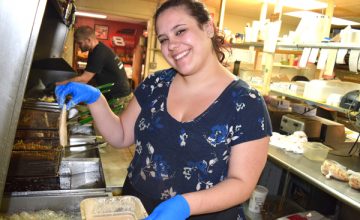 Above: Brooklyn’s Katie Waluck happily handles the battering and frying of the fabulous fish that...