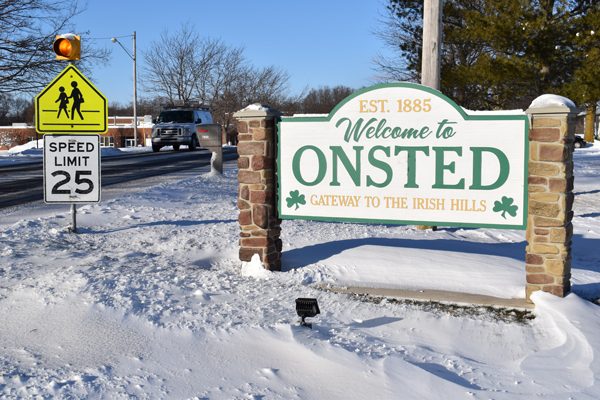 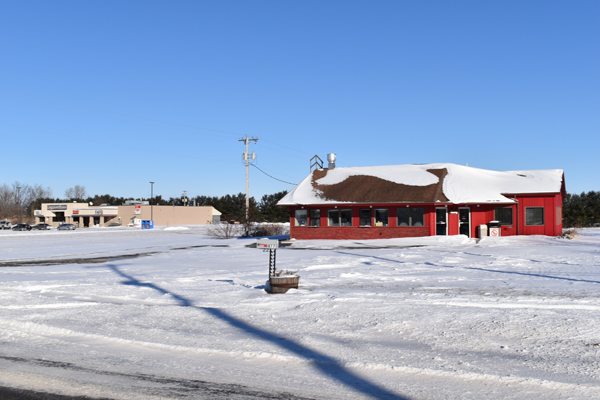 The building located next to Borchardt Brothers Grocery in Onsted might be razed to make room for a Dollar General, if the giant retailer purchases the land.

Rumors that retail giant Dollar General is considering putting in a store in the village of Onsted were confirmed at the January 7 regular village meeting.

Joan Netterfield, who owns property at 8877 Onsted Hwy., said that she has received an offer, and she has accepted it, from the general merchandise chain. If the deal goes through, Dollar General would raze the existing structure on the lot, said Netterfield, and build their own building.

“They are submitting a site plan for us to review,” confirmed village president Sam Lafata.

Not everyone at the meeting was happy at the prospect of Dollar General coming to town. Marty Hubbard, who is also president of the Downtown Development Authority, broached the subject during public comment. Hubbard said that the village is not a big city, and its economy is fragile.

Hubbard noted that Onsted is a “town of ones.”

“We have one barber, one hardware, one garage, one convenience store…and we are thinking of inviting into that fragile economic ecosystem, and you all know it is fragile, a corporation owned by maybe tens of thousands of shareholders.”

Want to get your message to people in the Irish Hills? learn more!

Hubbard said that since the economy is so fragile, it could go down easily. She especially made a point to note how small grocery stores fare when a Dollar General comes to town.

“With a Dollar General, we are going to be able to buy Fruit of the Loom underwear at 8 p.m. on a Friday night if we want to, but we are not going to have fresh vegetables and fresh meat, because most of their stuff is processed foods,” she said.

Currently, Onsted is home to Borchardt Brothers grocery store, which is located next door to where the Dollar General might build, and J.J.s, a busy convenience store on the south end of town. No one from those stores was present at the meeting, but Hubbard said that she has gathered data on how small grocery stores have fared when dollar stores enter the economy and said they normally struggle mightily.

“Normally the grocery store goes down.”

Lafata noted that Hubbard is not the only one in the community that feels that way, but added that the village government has not “invited” the retailer to come to town, as some have supposed. “They want one every ten miles, and they are a big corporation. They know what they want, and they want to move into a current [zoned] commercial property,” said Lafata.

The property they are attempting to purchase is properly zoned for a general merchandise operation.

“There are the parameters of the law in which we have to operate,” said Lafata. “We don’t want to be sued as a community for discrimination. There is only so much we can do.”

Hubbard said that there are cases where communities have fought Dollar General and won, and she would arm the council with that information.

“If a big city is having trouble absorbing [Dollar Generals], and I am talking cities of 100,000 and seeing a negative impact on their neighborhoods, we are so unlike that. We cannot absorb the negative impact that a big city can,” said Hubbard.

When the possibility of someone else purchasing Netterfield’s property was brought up, the landowner said that it has been on the market for years, and she doesn’t see anyone else coming forward.

Netterfield also said that negative perceptions might be overblown. “You don’t know [they would harm the economy]. They might bring other people into the town to shop,” she said.

After public comment was over, when giving her report regarding the DDA to the council, Hubbard again brought up the issue and said she would like to at least see a public hearing or meeting so the issue could be discussed among residents before any action was taken by the council.

The council has taken no official action regarding Dollar General.

In other business, the council voted unanimously to hire Korey Wilson of Brooklyn as a DPW employee. He will be filling a position vacated by Jacob Yarborough.

Looking to advertise in the Irish Hills? We are the company for you! Click here to learn more about us and the services we offer.