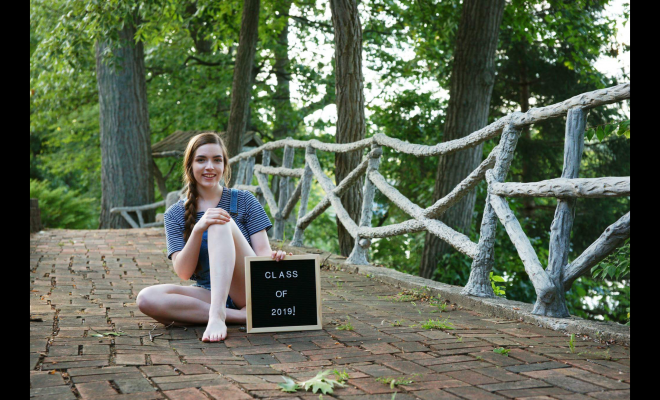 JoHannah Troyer-Momenee, above, already has 79 college credits and clearly has a bright future in engineering.

Some people are driven. And some people are really driven. The latter fits Onsted’s JoHannah Troyer-Momenee to a “T”. The 17-year-old is soon to graduate from Onsted High School with 79, yes, that’s right,79 college credits.

A life-changing moment occurred in JoHannah’s life five years ago when her dad passed away. That seemed to propel the then-12-year-old to reach for the stars.

“After her dad passed away five years ago, we learned about the JC/LISD Academy, said her mother, Corinna.” That is, the Jackson College/Lenawee Intermediate School District Academy in Adrian. “She was immediately interested in attending.”

“At the age of 12 she actually tested ‘college ready’ and was accepted one year earlier than most students, starting the Academy at the age of 13.” 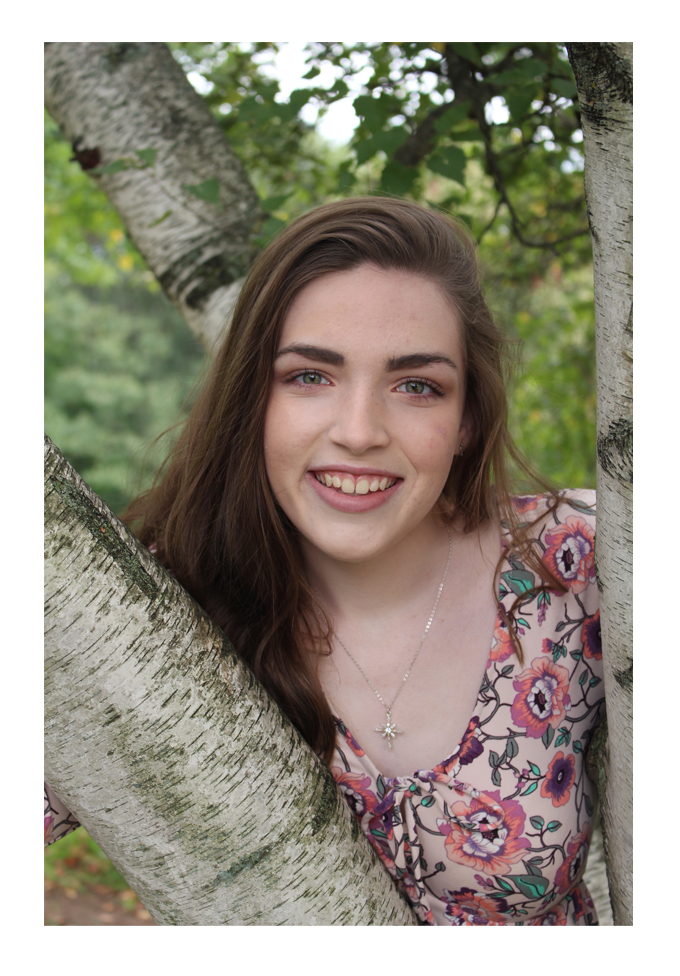 At 13, JoHannah started immediately taking both high school and college classes, which is very unusual for that academy, Corinna said.

In her first college course, pre-calculus, JoHannah was the top-finishing student in the class. Since then, she has been taking many more college-level courses.

When JoHannah graduates from Onsted High School on May 24, she will already have received a dual college degree from Jackson College in science and arts, even though she will not be 18 until July.

JC/LISD was founded in 2010. Lenawee County is the first county in the state to offer “branch locations” at several school districts in a county. In January of 2018, JoHannah took advantage of the new branch location at Onsted High School and transferred to, essentially, her “home” branch, Onsted Middle College Branch, from the main branch in Adrian.

“She’s always loved school and has done really well,” Corinna says. Indeed, she has. JoHannah carries a 3.95 grade point average at Onsted Middle College, while maintaining a 3.81 GPA with her Jackson College courses. She currently has 67 credit hours through Jackson College and an additional 12 credit hours from Siena Heights University where she has a 4.0.

Because she had already completed her required high school math classes, JoHannah was able to take engineering, design, and CAD courses at the LISD Tech Center to fulfill her senior year required math class. There she is being trained in architectural and mechanical drafting using AutoCAD, Inventor, MicroStation and ModelSmart programs.

In addition, JoHannah is currently taking a history class at Jackson College and a biology class at the main Adrian branch. “She will be the first Onsted student to walk with her class with dual college degrees,” Corinna said.

JoHannah has already been accepted to Kettering University in Flint, ranked number one in the nation among universities offering engineering programs in 2017. She will begin engineering studies there in July as an incoming sophomore. She is the proud recipient of a Kettering Merit Scholarship Award.

“JoHannah is, by far, one of the brightest, most responsible students that I’ve ever encountered.”

“She is leaning toward mechanical, but it could be industrial,” Corinna said of her daughter’s preferred engineering emphasis.

Through the Michigan Transfer Agreement program, Kettering will accept most of JoHannah’s 79 college credits from JC/LISD.

“The reason they were ranked number one is that 98 percent of their students have a job when they leave college,” said Corinna. The university has a top co-op program where students rotate on a three-month basis between classes and co-op jobs.

Dan Scholz, a counselor at Onsted High School, said, that of all the years he’s worked with high school students, that JoHannah is, by far, one of the brightest, most responsible students that I’ve ever encountered.

“There’s no better predictor of future success than how she does in college classes,” Scholz said. “She’s obviously proven that she can be very successful. And I find her to be a problem solver that seeks out answers to problems and takes on any challenges.”

In addition to taking all her college-level courses, JoHannah works two part-time jobs. She is a barista at Starbucks in Adrian and a hostess at Jerry’s Pub & Restaurant.

JoHannah has earned a number of awards and recognitions for her scholastic achievements including having made the Jackson College dean’slist each term since the fall of 2015, being a member of the Phi Theta Kappa Honors Society, and earning the Principals Award in the spring of 2017.

Among her other accomplishments, JoHannah was the initial student president of the JC/ISD Academy, is a member of the Principals Advisory Leadership Team, was her Girl Scouts’ troop initial president (2008-2016), was an LISD TV editing and camera volunteer, was a queen contestant for the Lenawee County Fair, and has been a participant in dance for eight years. She has also participated with the Habitat for Humanity Restore Project, United Way Days of Action, and participated in a mission trip to one of the poorest counties in the state of Kentucky.

JoHannah is definitely driven and is traveling the road of success.