Golden Eagle Gracelyn Miller is Student Athlete of the Week 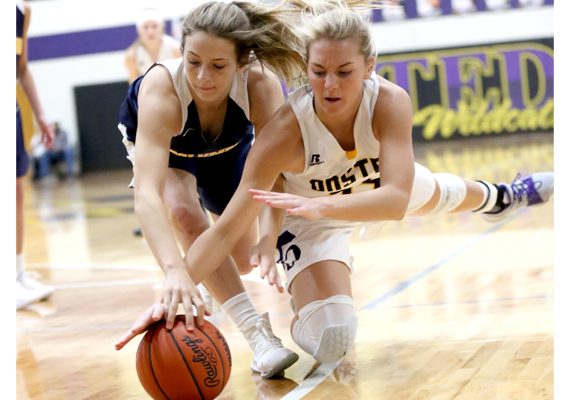 Gracelyn Miller, left, shown going for a loose ball with Onsted Wildcat Mya Hiram, is Knutson’s Athlete of the Week. 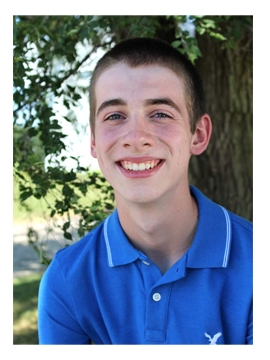 A full court press in basketball is when the players set the defense up right at the point of the inbounds pass and try to force a turnover. This is what Columbia Central Girls Basketball coach Codi Cole has the Golden Eagles star Gracelyn Miller do on every single play.

Miller is a sophomore at Columbia Central who has made a large impact in a short amount of time for the Golden Eagles. Currently averaging 10.5 points and a staggering 3.3 steals a game, Miller knows and performs her role effectively.

“I get threes. It’s what I do best. I am a captain for the team and I run forward and run the offense.”

The Golden Eagles Head Coach has high praise for the sophomore.

“Gracelyn is a hard worker, she does a lot on the defensive end and I always ask her to go full court, so she has to put a lot of effort in and is obviously a great shooter.”

Typically, the varsity level is reserved for the juniors and seniors, but Miller has shown great promise to her coaches and has worked her up to the varsity level in no time. Coach Cole spoke on what he saw in his sophomore forward.

“Since she was a freshman last year, I noticed the effort she puts in and that is what bumped her up to this level.”

“Gracelyn Miller is a sophomore that is having a great season so far,” he said.

Recently, her effort has translated into phenomenal performances, including a 24-point outing against league rival Erie Mason. It is outings like this from Gracelyn that have propelled Columbia Central for a tie for first place in the LCAA with rival Onsted. Prior to the big matchup with the Wildcats, Miller had one clear goal in mind.

There is no doubt those words were felt in the locker room as they did in fact beat Onsted on January 24 by the score of 46-41 and were led by guess who? Gracelyn Miller. This monumental win allowed Columbia Central to take sole possession of first place in the LCAA. Further down the road, the Golden Eagles have higher aspirations than just one game.

“Win districts, then on to state is what this team wants to do.”

One of the struggles of being a sophomore is the uncertainty of what the future may hold. Gracelyn is currently undecided on what she may do after her bright high school career comes to a close. Miller’s work ethic on the floor clearly translates to the classroom, as she is doing well academically.

While still in the very beginning of her career, Gracelyn is giving the people of Brooklyn great enthusiasm in the direction their girls basketball team is heading.