One family’s fight in Coronavirus era 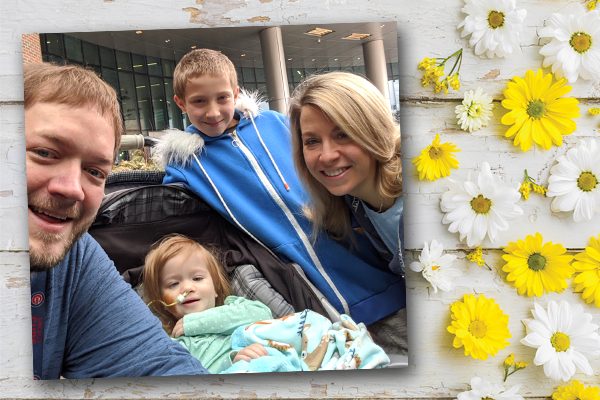 Above, from left to right, Mike, Madelyn (2), Jaidyn (11), and Stephanie Anderson. Madelyn, known to her family as Maddy, is battling a rare form of cancer.

Editor’s note: We wanted to share two stories tonight: One of a brave family’s battle with cancer in the challenging coronavirus era. The second, which can be found by scrolling down, is our continuing effort to feature area artists on Saturdays.  MBS

Family, two-year-old, in fight for her life

Two-year-old Madelyn Anderson, granddaughter of Ed Keenan of Manitou Beach, boasts a cheerful smile and bubbly personality that lights up the room. Maddy, as her parents Mike and Stephanie Anderson refer to her, was diagnosed on March 10 with a rare and aggressive form of cancer. She is currently fighting her way through the battle, having just finished intensive chemotherapy treatments over the past several weeks.

“She’s a fighter, that’s all I know. She will beat this,” says Stephanie.

Maddy was diagnosed with Embryonal Tumor with Multilayered Rosettes (ETMR). This particular type of cancer has no known cause and has a low survival rate.

Born on April 3, 2018, Madelyn Marie Anderson was both healthy and happy. Stephanie describes her daughter’s personality as funny, loving, passionate, and feisty. Some of Maddy’s favorite things include her brother, kitties, her blankies, Curious George, and walks in her stroller. Keenan says Maddy also loves music. “She and I would watch Taylor Swift’s music video “Me” 20 times a day.”

The diagnosis occurred after her parents noticed changes in her normal behavior. She began vomiting, stopped running then walking, was sleeping a lot, and wanted to be held more than usual. “It wasn’t normal,” recalls Stephanie.

The symptoms remained a mystery after a handful of visits to the pediatrician. “They never ran any labs or tests,” says Anderson. The next step was for Maddy to be evaluated at Helen DeVos Children’s Hospital in Grand Rapids where they immediately ran lab work.

They also did a CT scan, which showed a tumor in Maddy’s brain located right by the brain stem and cerebellum. The tumor was found on a Tuesday; Maddy underwent surgery to remove the tumor Friday of that same week. Unfortunately, the cancerous nodules along her spine were not able to be removed at that time.

Surgery was five hours long and occurred only one day after the decision was made to prohibit visitors due to COVID-19. Within days after her surgery, visitors were further limited—allowing only Maddy’s mom or dad at her bedside at a time.

“That has been the most difficult thing by far,” says Stephanie.

After her diagnosis, Stephanie recalls, “I was numb. I felt like it was a bad dream.” Her husband Mike says, “It felt like I was having a heart attack.” Keenan had just left his daughter and son-in-law’s house the day before her diagnosis. He remembers, “When Stephanie called me and told me what they found, I literally got lightheaded—I was in shock.”

As a grandparent, the pain of my daughter’s devastation was beyond words, horrible. Then, adding what Maddy has to go through “magnified that by a million,” says Keenan. “Stephanie and Mike have amazed me through this. Mike has been such a strong young man through it all, standing and leading in faith.”

Mike and Stephanie, who also have an 11-year-old son named Jaidyn, say it feels like they have been in a nightmare. The doctors said Maddy’s prognosis isn’t good, but Stephanie doesn’t want to dwell on specifics. “I didn’t want to hear or believe it,” she says.

Explaining Maddy’s diagnosis to Jaidyn was tricky and was carefully navigated with the help of a team called “child life.” A team member named Spencer helped Stephanie and Mike explain the situation in an age-appropriate way.

“We told him that [Maddy] is sicker than we thought and that she has (had) a brain tumor and cancer. The doctors would need to remove it and medication would be required to help her heal.

“He asked the hardest question of them all—‘Could she die?’” says Stephanie. They replied the only way they could—with the truth. “Yes, it is possible, but we’re going to do everything possible to make sure that doesn’t happen.”

Jaidyn is one of Maddy’s favorite people, so the situation has been hard on both siblings. “He has been able to talk to Maddy on the phone; but, he wants to be able to physically see and hold her,” says Stephanie.

Over the past few weeks, Maddy has been undergoing intensive chemotherapy treatments as an inpatient at DeVos Hospital, where Stephanie and Mike alternate shifts due to the COVID-19 pandemic and the restrictions on hospital visiting that came as a result.

Other family members are missing Maddy during this time, as well. Grandfather Keenan has been closely following Maddy’s journey, from afar. He hasn’t been permitted to see his granddaughter in well over a month, due to the pandemic.

“The last time we were all together was on March 13,” he says. He wishes he could be there, to physically be present with and provide support for his family. “We communicate on a daily basis, but the timing couldn’t have been any worse,” he says in reference to the pandemic.

Maddy is supported in spirit by many family members.

Stephanie says Maddy was able to come home, briefly, prior to chemotherapy. However, they couldn’t have visitors due to the risk of the coronavirus, among other illnesses, poses on her delicate and weakened immune system.

Despite all the heartbreak, Stephanie says she and Mike are extremely blessed. “I am a stay-at-home mom, while Mike works from home for a company that is contracted out through different hospitals. He was able to take a month off from work.”

A GoFundMe page was created to help take the financial burden off the family during this precarious time. Their journey is not yet complete and recovery can be a journey in and of itself. The donation page can be found here.

Stephanie says Maddy remains in good spirits, as she is constantly smiling. She has been fortunate, as she has tolerated the chemotherapy treatments well. She has not been experiencing nausea and continues to show an appetite. “Her [blood count] numbers are still dropping,” Stephanie says, which is a significant triumph in terms of cancer.

As she continues to receive chemotherapy treatments, albeit not quite as intense now, Maddy will receive a stem cell transfusion in the coming weeks.

The entire family agrees that the community, along with Facebook and anyone who has come across Maddy’s story have been incredibly supportive, financially, emotionally, and in prayer.

Continued thoughts and prayers are requested by her family as they embark on a long journey in the face of a cancer diagnosis of a loved one. 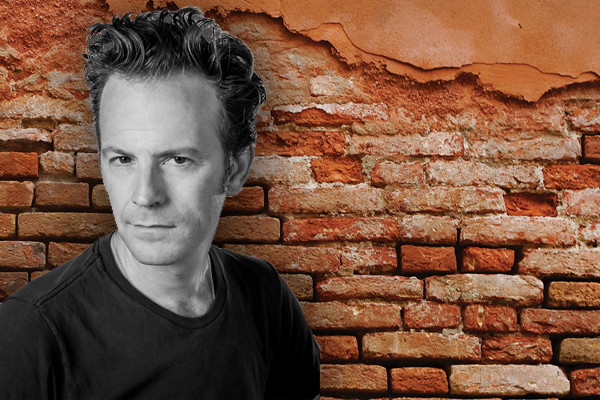 We all need a dose of music on Saturday nights, so throughout the ongoing stay-home order, we are featuring local artists on Saturdays. Today Christine MacIntyre takes a snapshot look at the music of Coley Kennedy of Jackson. COURTESY PHOTO

Coley Kennedy is a multifaceted dude. His rock-n-roll persona has served him well over the years, as he has written and sang vocals for songs under the monikers “Welcome to Ashley,” “Black Vincent,” and “The Buddies.” These bands each have a completely unique sound, though they each reside in the post punk/indie rock genre.

Kennedy’s cool, smooth voice echoes a love for his raw, emotional lyrics and his seemingly carefree vibe. The following video is one Kennedy recently produced featuring his kids jamming to The Buddies’ “Let’s Get Happy.” The song was also recorded as an acoustic version by Nashville’s The Smoking Flowers, featuring backing vocals by John McCauley of Deer Tick.

“I shot [this video] as a fun quarantine family project. I thought it was appropriate for today’s times,” says Kennedy. 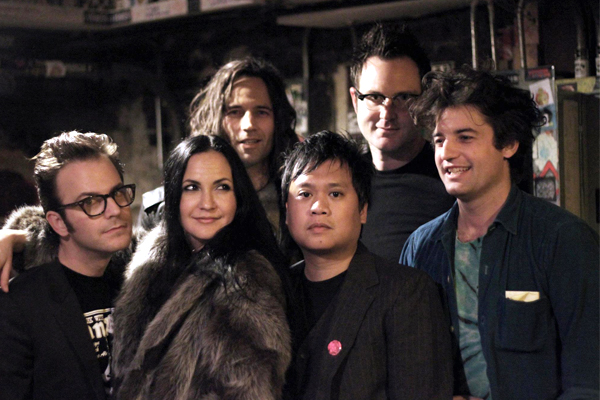