Cleaning up during COVID-19 shutdown 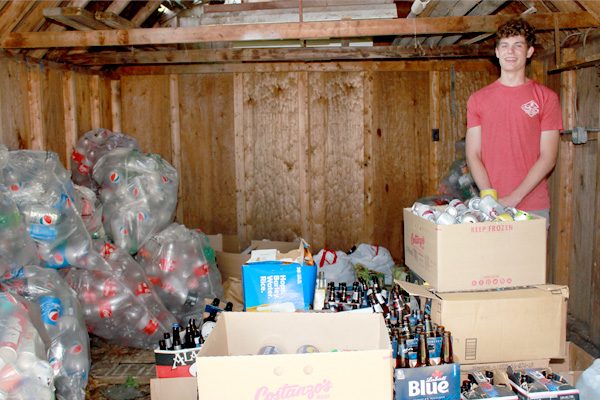 Above, Cameron Connett shows off the remaining eighth of his COVID collecting service.

Back on March 23, 2020, Michigan Governor Gretchen Whitmer declared the State of Emergency and with Executive Order No. 2020-21 limited all non-essential businesses. It only took a few weeks before Woodstock Wine & Cheese employee Cameron Connett, and a co-worker noticed a problem: Bottles and cans were piling up along roadsides because of the shutdown of bottle return facilities.

“So inspiration struck,” Connett said. “I put it on Facebook and blasted it everywhere.” On April 13 Connett posted to various social media. “I figured I would give an option to those tired of holding onto returns for who knows how long while giving the environmentally-friendly option to still recycle and still be partially reimbursed instead of throwing away cans and bottles.”

Within a short time, his first call came in enticing him to drive to Monroe, Mich. where he picked up 1,000 cans in his Pontiac Grand Am. He was quick to point out that he had first covered the seats with plastic. 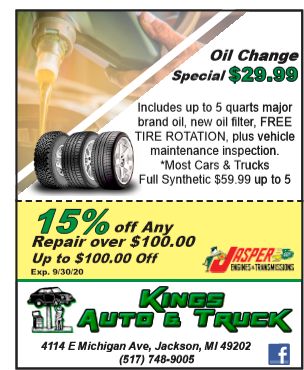 “At first I started counting every [bottle and can] determined to be straight on offering half for each returnable, but then realized how long it would take,” Connett shared. “I ended up offering $5 per bag. Overall, I ended up investing $450 to buy cans and bottles back. After sorting out useable ones, I profited $650 and still have a shed left – about 1/8 of the total volume.”

One Facebook friend inquired if Connett was concerned with coming in contact with the virus. Connett responded, “Not particularly. I am at low risk along with everyone in my household and our numbers in Lenawee are still very low last time I’ve heard. Also, I take precautions wearing gloves when handling the cans.”

Retailers began allowing bottle returns on June 15 with some restrictions such as limiting returns to $25 per customer per day, limiting the number of machines available, and requiring cleaning more often. Connett was grateful for his brother Kaiden and girlfriend Skylar Morgen who helped him throughout the process for the fun of it. Though he still isn’t quite done. 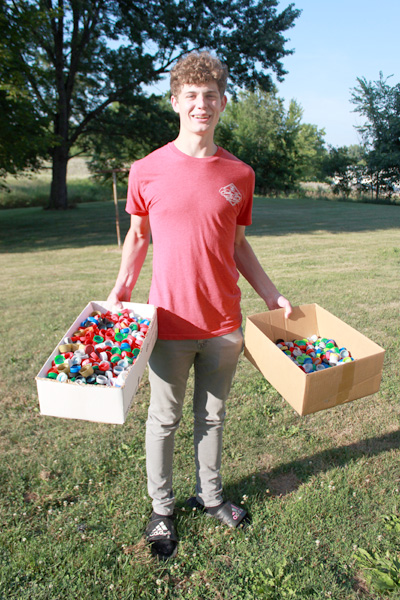 Always innovative, Cameron plans to grind up the collected bottle tops and make them into shift knobs.

After restrictions lifted and his summer internship with Neapco was postponed, Connett got a job doing construction with his cousin, Troy Ruttkofsky. He quickly learned an important concept: “The time to value ratio was cool to discover,” Connett chuckled. Consequently, he admitted, it did slow down his motivation to continue dealing with the returns.

Attempting to wrap it up, Connett tried to get his younger brother Brennen, 14, to sort the rest of the returnables for $40. Brennan began, then realized how much time it was taking – and stopped. Cameron said, he and Brennen are both “entrepreneurs” and are conscious of the time and value return. So for now, the rest wait for Connett’s spare time and extra energy to finish the job.