Brooklyn man has a heart for Kenya 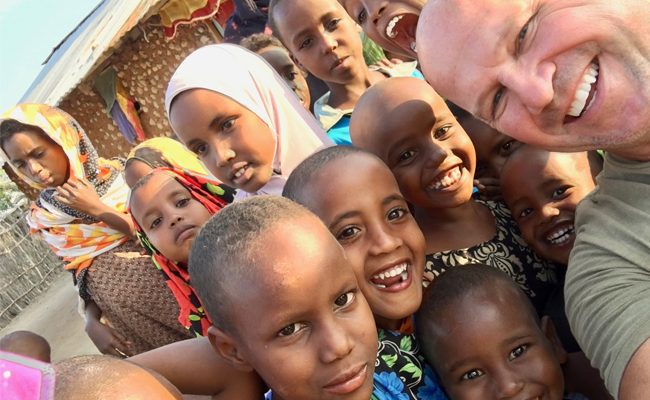 Bob Reed, right, has a hunger to serve the African nation of Kenya, and the need for help is growing

Bob Reed of Brooklyn is not what you would call passive about his faith. In fact, the sales engineer for Brooklyn Products enjoys putting his faith to action.

Twice a year Reed takes time off from his job, kisses his wife Michelle goodbye, boards an airplane and flies [and flies, and flies] to Kenya to help minister to an impoverished region in the nation.

Reed, who attends New Jerusalem Christian fellowship, said that he received the desire to serve the African country after a period of prayer and fasting in 2007. “We had a solemn assembly, where we just prayed for every country, and that is when God placed Kenya on my heart,” said Reed. “He just gave me an interest. I knew that I was called to go to Kenya.” 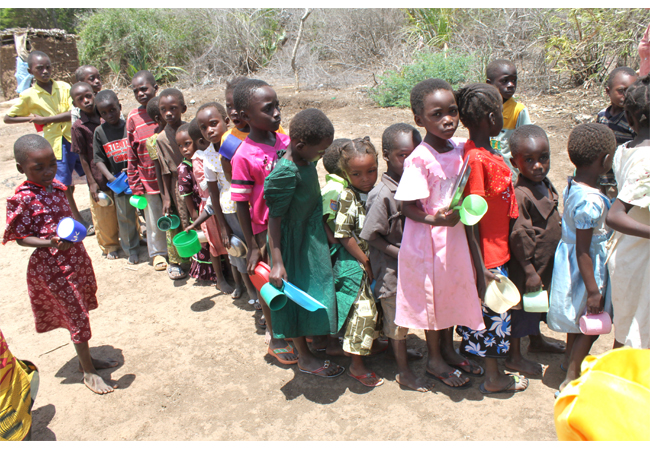 Above: Children wait in line to eat.

While he felt called, Reed didn’t just jump on the first plane headed that way and fly to the eastern African nation on his own. Things unfolded slowly, he says, in God’s timing.

“About five years later Pastor Bob [Norman] went to a conference in Kansas City,” said Reed. While there, Norman met a woman named Sharon Hester. She had served as a missionary in Kenya and later formed Basket of Hope, an organization dedicated to ministering in the sub-Sahara Desert region of Tana River/Lamu counties in Kenya.

“Pastor said ‘Hey, I have a guy that is interested in serving in Kenya,’” said Reed, and a connection was made that led to Bob and Michelle Reed and another parishioner to take a mission trip to the east African nation.

Reed was moved by the experience, and in September of 2011 he took another trip afield. “I just knew I was called to go there,” he said. He has been going twice a year since. 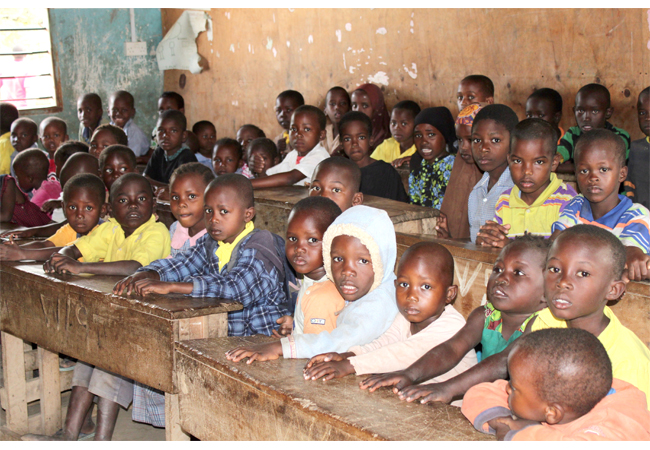 Above: Not only do missionaries feed the hungry, they teach them leadership skills as well. This photo was taken at a learning center.

While the ultimate goal of Christian missions is to spread the gospel, Reed notes that it doesn’t do much good if you are not helping meet the needs of hurting and hungry people, and the need in Kenya is great. The country had a population of approximately 48 million people in January 2017, and most notably, it is a young population, with 73 percent of residents aged below 30 years because of rapid population growth, according to a national census.

The needs of the unreached people groups Basket of Hope serves became particularly evident when Reed visited. The people live by primitive methods, without clean water and without enough food, and without outside help, the children have little hope of receiving an education, and, on many days, even of getting a decent meal.

While in country, Reed participates in a children’s ministry, and also works with other Basket of Hope officials in helping to create leadership. “We can’t be there all the time,” he noted, adding that creating leaders is a primary concern. 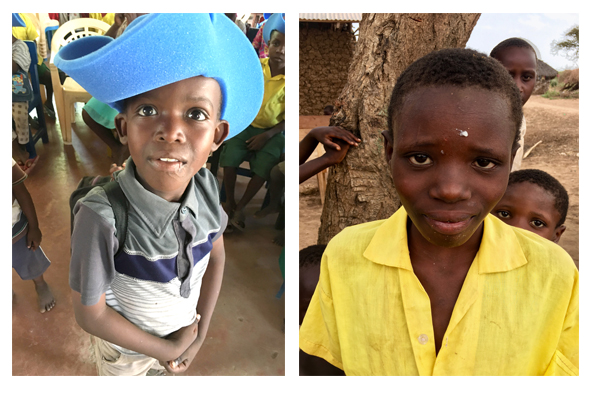 Basket of Hope creates learning centers that serve as an oasis for the physically and spiritually hungry people.

Reed travels around to the learning centers and helps teach the leaders as well as the children. “Of course, they had no educational materials, pencils, paper, crayons, rulers, markers, etc.,” said Reed. The ministry invested heavily in providing those items, as well as attendance books, which help monitor progress and needs.

“This is a nomadic area. People are often here today and gone tomorrow,” said Reed, adding that children do not enjoy the benefits of child labor laws.

“Child labor is prevalent. The smartest children are often shepherds, because they are smart enough to lead the flock to the water holes and survive,” he noted.

Reed said that on his initial visit, he came to take the feeding program, which was supplied by a large ministry, for granted. 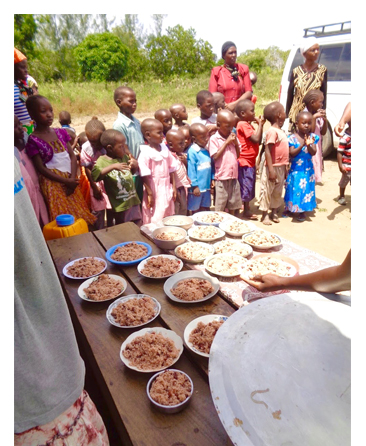 “In February of 2017 I went to all these learning centers and I noticed that there was no feeding program anymore, and this was often the only meal these kids got,” he said. “I realized we need to start being the leaders in this area as well.” Since then, Basket of Hope, of which Reed is now vice president, has become a pipeline to feed the children.

“It takes about $5 per child, per month, to feed these kids,” said Reed. “Right now we are feeding about 1,000. It is very exciting, but to me, it is also very burdensome and disappointing.

“I have a burden to feed all of them,” he noted. There are about 1600 children at the learning centers, he said, a number that fluctuates by 200 or so, and logistics are a factor. “I know that if I feed 1,600 kids, the need will grow to 2,600, but even if it does, God will give us the ability to meet those needs.”

Of course, feeding thousands of people living in the bush on another continent is a major undertaking. “It is not like here, where you can go down to Country Market and get some rice,” he said.

“I just keep praying for God to show me the way to serve.” 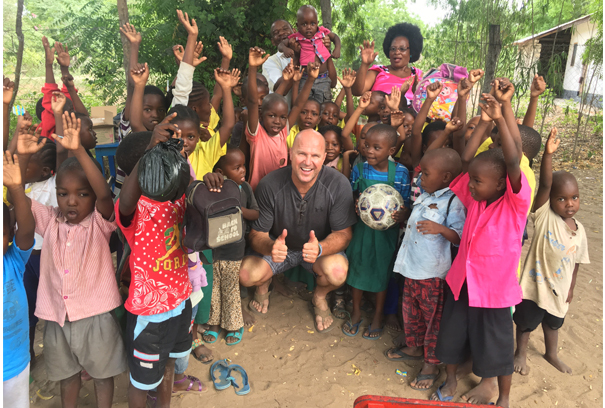 While the problems may seem daunting, there have been many successes.

One example Reed cites happened in 2013, when there was a tribal clash between local farmers and a group of itinerate Somalian Muslim herdsmen. The Somalian’s cattle had gotten loose and were grazing in the farmer’s fields.

“They appreciate the food, but we are also spreading the gospel. It is a seed that is getting planted.”

Rather than keep the cows, they decided to return them to the Somalians, who misinterpreted what was happening.

“They chopped off one man’s arm,” said Reed.

“However, rather than being bitter or seeking revenge, the man brought in the tribal elders, pastors and leaders and started the healing process in the community by forgiving the people who cut off his arm,” Reed said. 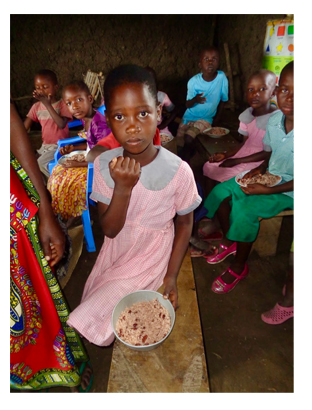 In August of 2017 he went back to the village to do the school ministry and talk about the feeding program, when the Somalians told Reed “We want peace, we thank you for the food program.”

“They appreciate the food, but we are also spreading the gospel,” he said. “It is a seed that is getting planted. That simple act of kindness shows them love by giving them food and school supplies, and it is slowly making a difference.”

To learn more about Basket of Hope, or to donate, visit their website at www.Basketofhopeinc.org. Reed can also be reached at Mission.Reed@gmail.com. People can donate online, through Reed, or by sending a check to Basket of Hope Inc., 6410 Monticello Dr., Lincoln, NE 68510.

Reed notes that 100 percent of the money donated goes towards feeding the children.