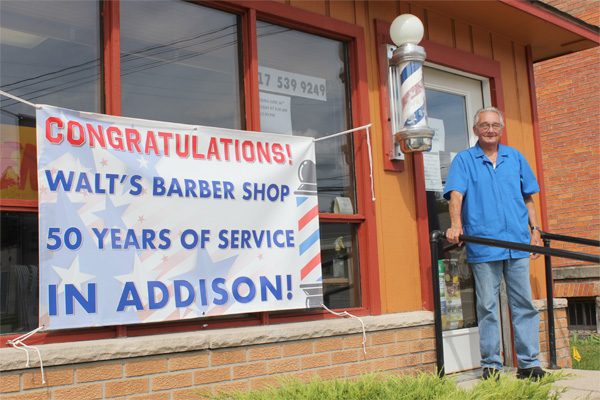 Above, Walt Dentel celebrates 50 years as a barber in this shop that he and his Grandpa, Irving Sanford, built to launch his business.

“What happens in the barbershop, stays in the barbershop,” Walt Dentel says with a poker face while he sits still, hands folded. Then, he cracks a small smile. Dentel has operated Walt’s barbershop in Addison continuously for 50 years and is celebrating.

“My first day was Tuesday, the 25th of August. So, I started over again this year on August 25 for another 50,” Dentel stated with enthusiasm. His barbershop dream had been conceived as he graduated from Addison in 1959 and then completed barber school in 1960.

Dentel’s shop, hand-built by his grandfather Sanford and himself, sits on Main Street near the bridge. They built it in the summer of 1970 when Dentel returned from a few years of military service and 18 months of naval service in Vietnam. Growing up on a farm, Dentel had learned to build just about anything so he could do “whatever needs to be done” – carpentry included. The shop still sports the original cabinets he built that first summer.

When asked about changes or styles through the years, Dentel shrugged. “Most customers get the same hair cut every time. I’ve done flat tops to mohawks.”

Walt fits fairly well with Norman Rockwell’s image of the local barber – one who “tries to keep up”. He offers a place where some go to just sit and visit, have a cup of coffee or a cookie that his wife makes. It is a place of consistency, and therefore comfort, regardless of how tumultuous life becomes. 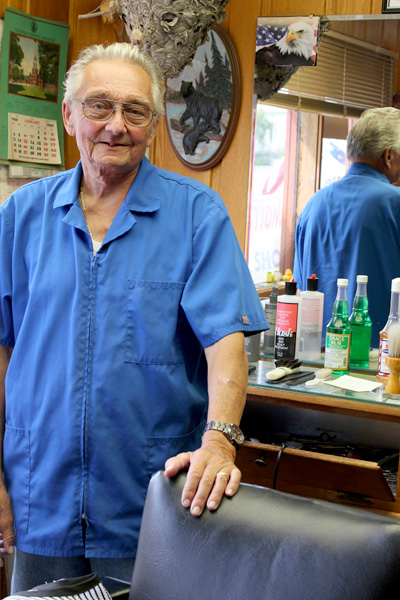 Dentel does, however, step out from behind the barber chair as well. He has held most offices for the Addison Kiwanis, is a former mayor of Addison, and was recognized as military personnel of the year in 2003. “I like to help people,” he shared. Add to this, he is a proud husband, father, and grandfather.

Looking around, there is a variety of items to spark conversation. Dentel placed an antique floor-to-ceiling, wooden barber’s pole next to a full American flag that had flown on the USS Vesuvius. (Dentel had served on the ship at one point during his Vietnam deployment.)

Clients have helped him build a paper wasp nest collection and those that they bring in, he hangs around the shop. These are intermixed among the patriotic insignia, duck and loon figurine collection, and various awards on the walls. A box of books also offers entertainment in between clients.

At 78 years of age, Dentel confides, some people are suggesting he should retire. “Except my customers,” he clarifies. He admits that during the occasional winter visits to Florida he does miss his work and patrons.

“I’m happy here. I like to kid around with customers – even the kids . . . I know I’ve done a good job when new people come back.”

Stop in to congratulate Walt at 106 W. Main Street, Addison. 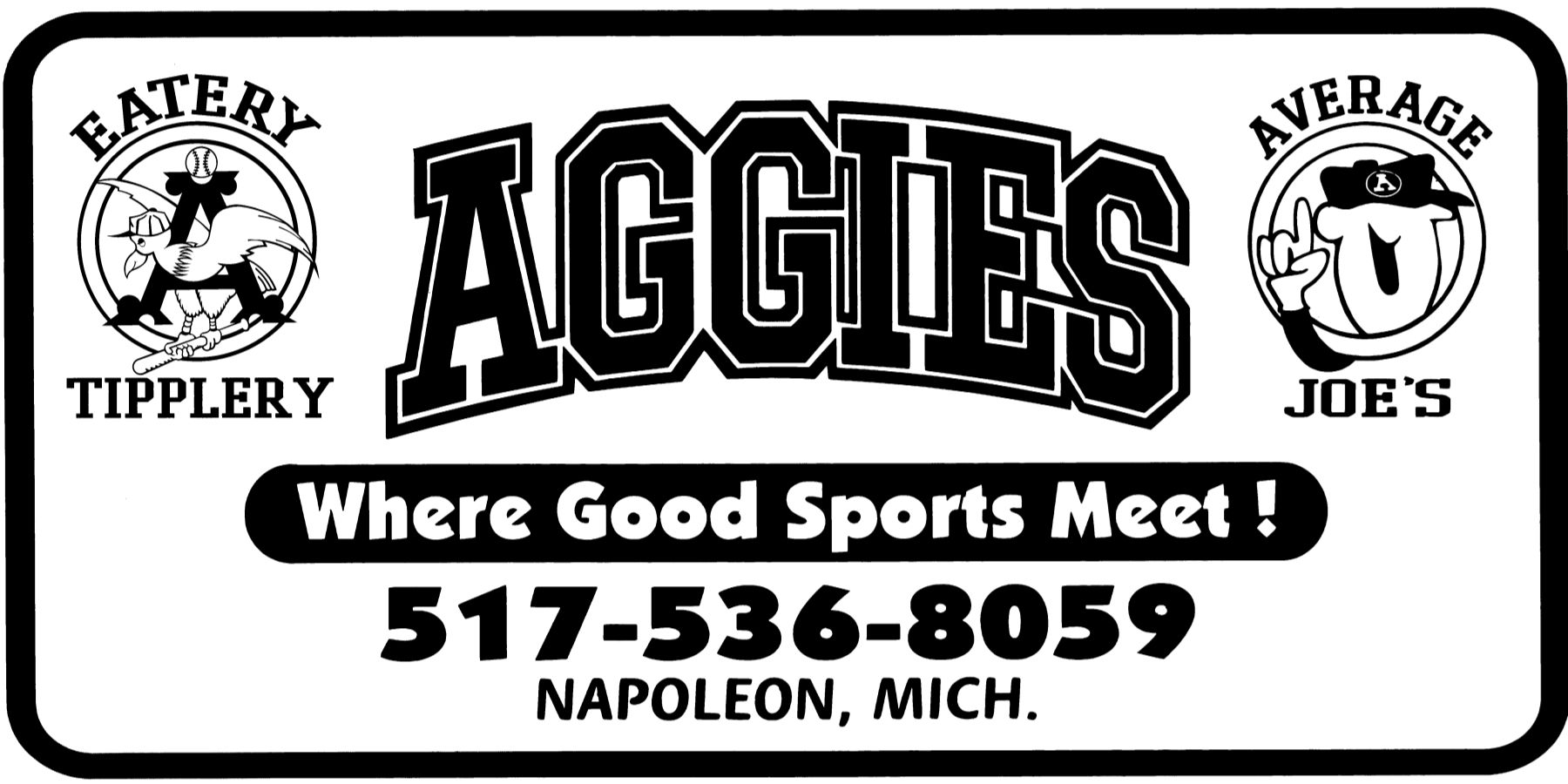